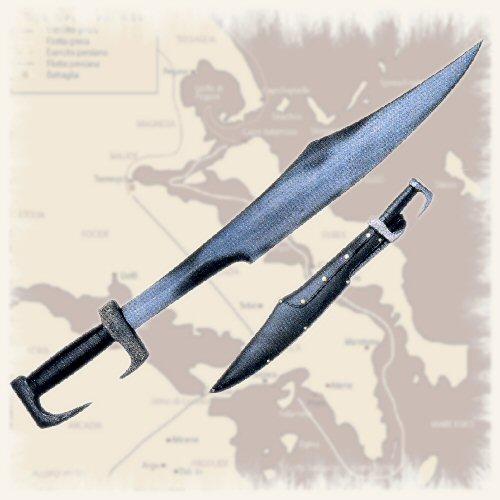 Sword of Sparta 300, Reproduction of the sword with which Leonidas, the commander of Sparta, with 300 men opposed to the troops of Xerxes, king of Persia.
Manufacturer: : Ancient Rome
Product SKU: SW932.55

Fought in 480 BC by the Spartans led by Leonidas and their allies to defend freedom against the advance of Xerxes Hellenic, the battle of Thermopylae became known as an immortal example of heroism. According to ancient chronicles one of only three hundred warriors of Sparta survived: Aristodemo, who retired after an injury and so despised by his fellow citizens, at least until they had the chance to atone for his supposed cowardice.

Reproduction of the sword with which Leonidas, the Spartan army commander, was opposed by 300 men of the advance troops of Xerxes, king of Persia.