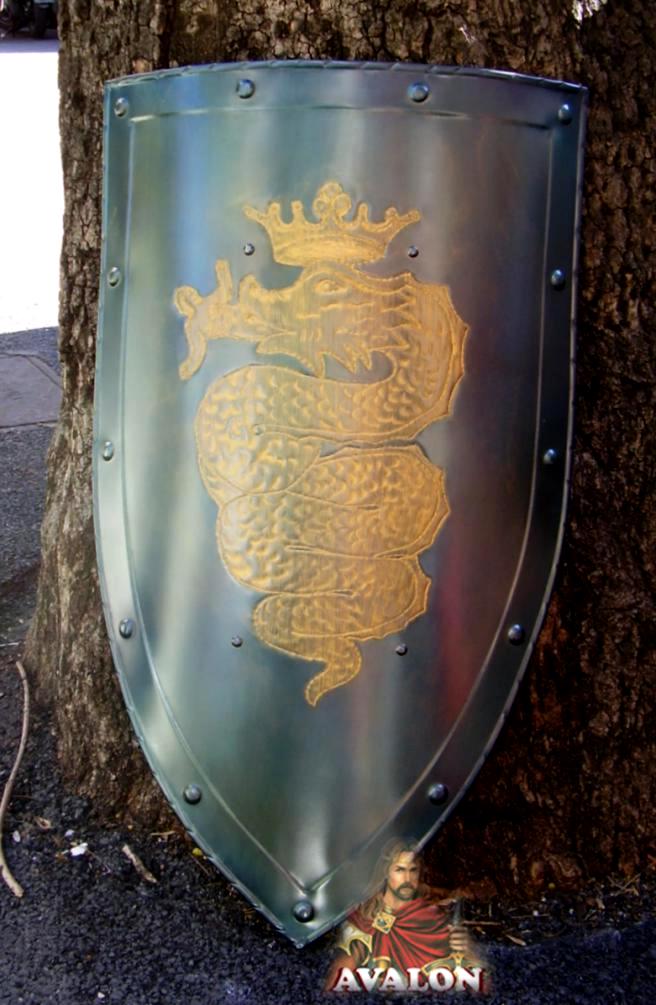 Shield "almond" convex to the head and lateral margins curved, pointed downwards, the edge is reinforced with rivets.

At the center is a picture of a crowned snake and a human figure in her mouth. Entirely made in burnished iron handmad

The shield became useless on the battlefield in the fourteenth century, but continued to be used in tournaments until the death of Emperor Maximilian I in 1519, and later discredited.