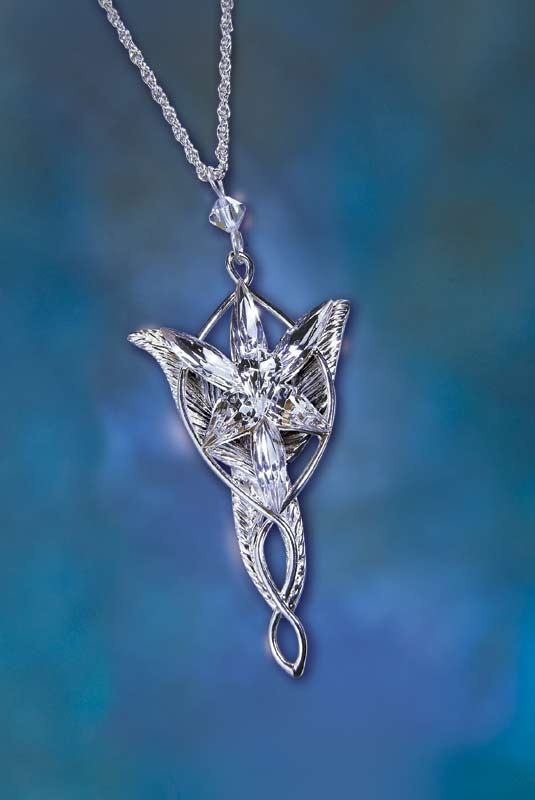 The Evenstar capture the brilliance of the Evenstar's enduring beauty. Based on the actual pendant worn in the Lord of the Rings™ film, this piece is crafted in sterling silver. Measures 2 1/2 inches in length and comes complete with chain.
Manufacturer: : The Lord of the Rings
Product SKU: R230.40

The only Elrond's daughter, lord of Rivendell, Arwen was considered the most beautiful being in the Middle Earth. Born as an elf, Arwen chosen to leave the immortality for the love of Aragorn, heir to the throne of Gondor, to whom she gave the marvelous pendant bringing the name of Evenstar with which the same Arwen was known, former of his departure from Rivendell with the Fellowship of the Ring.

The Arwen pendant is an original creation; it is made in sterling silver 925 (15 grs.), with Swarowski crystals and provided with a silver chain.