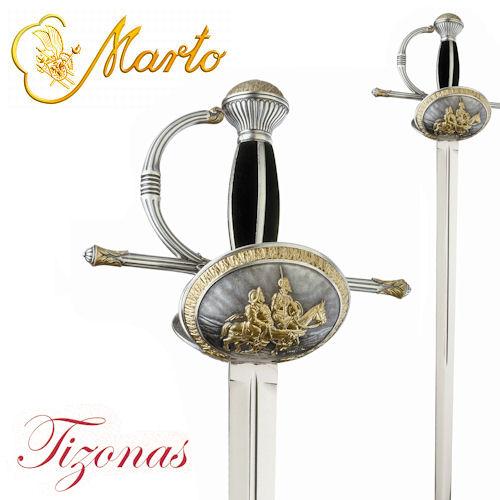 In the XVI century and from the Cervantes’ pen, Don Alonso Quijano was born, more known as “Don Quijote de La Mancha”. Knight of a high sense of duty and honour beyond the limits of reality, reaching madness, he attacked windmills belived to be giants, herds of lambs as an enemy army, wineskins as ghosts….From all his adventures he gained his fame.

He was a well-known in La Mancha as everywhere else. This personage of incredible adventures lived crazy and died sane in the arms of his beloved “Dulcinea del Toboso”